The lesson started with a revision of the core concepts from Lesson 1.

We also added the passing step followed by volta stabile, which allows us to throw a cut and then rapidly recover to the defence of Hanging Guard, whilst withdrawing the body from possible harm.

The thrust can be delivered either with one hand or two hands. The important aspect of the thrust with the spadone is to ensure that it is done such that you can immediately recover to a defensive position.

The single handed thrust is performed by releasing the leading hand on the sword, to give maximum reach possible. To support the weight of the thrust the rear hand is extended with the hand in 3rd, ie palm to the inside. 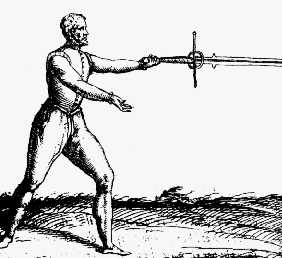 The recovery is done by stepping back with the leading foot pulling the spadone back into a hanging guard. 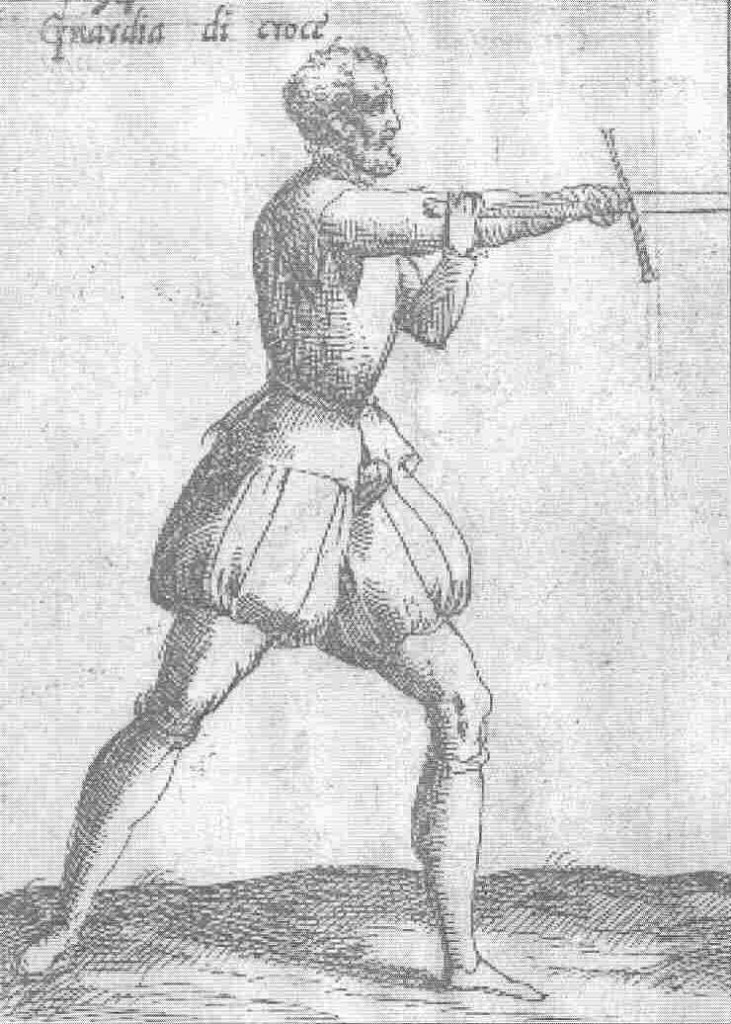 One thought on “Spadone – Lesson 2”